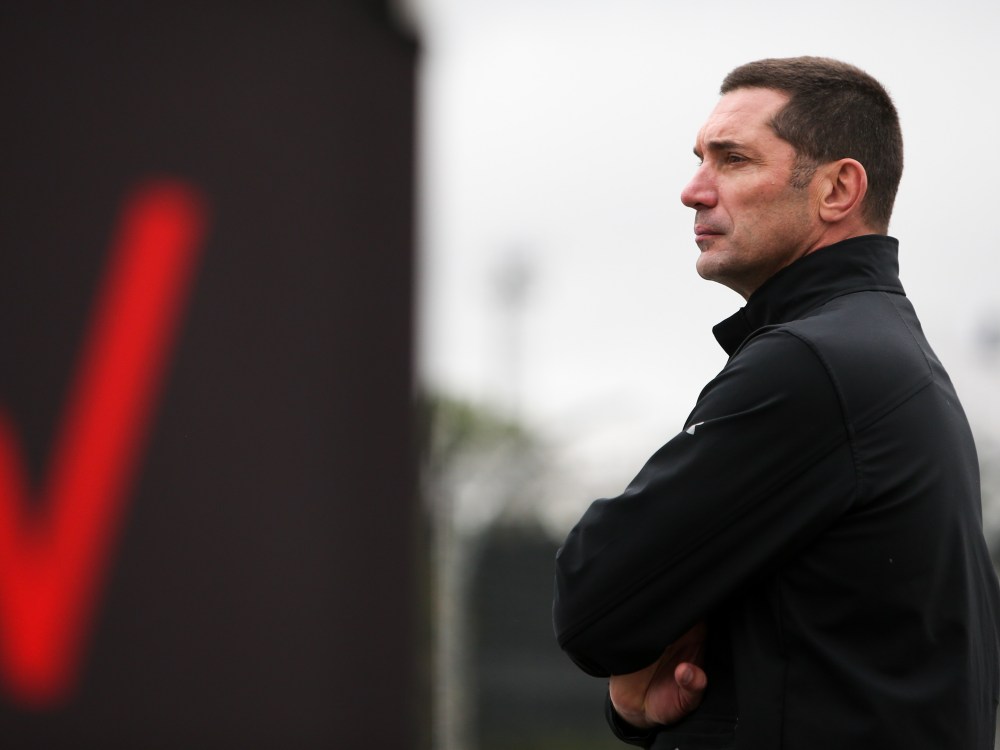 Entrenched in the heart of racing’s offseason, Max Papis is flush with energy and excitement. The Italian’s vibrance comes with good reason.

Papis’ company, Max Papis Innovations (MPI), had a banner year in 2018 while the same could be said for the IndyCar Series race control team he is a part of. The series – and his company – is on the rise in an otherwise shaky racing landscape.

Still, I am amazed at the passion and commitment shown by Papis on this day as the man stood tall following days of convention center conversations and countless meetings.

On the final day of what seemed to be a week-long motorsports extravaganza, Max agreed to share his thoughts on a variety of topics. We stood in booth number 4542 at the Performance Racing Industry Trade Show – the space reserved for Max Papis Innovations – and seven years of hard work surrounded the former CART, Formula One and NASCAR driver.

Max Papis Innovations was born out of necessity, originating as an idea following a hard crash that injured Papis. It forced the 49-year-old to consider what advances could be made to further protect stock car drivers if existing technology from IndyCar and sports cars could be applied.

“I was driving in stock car racing using a very antiquated product,” Papis explains on a chilly December day. “I had injured myself and, from that, it sparked the idea of using IndyCar and sportscar technology in stock car racing.

“I started my own company, all produced over in Italy … engineered over here in the U.S. and the idea came from, let’s service the market, let’s support the sport.”

Could he have ever imagined that things would come to this?

So here we are, standing in Papis’ company-owned booth at the most famous trade show in the racing world. The displays are flush with interested attendees, the booth constantly busy as people “ooh” and “ahh” at the twenty or so steering wheels being showcased.

“It is still not where it needs to be, but we are getting there,” he shares. “I don’t look at MPI like a company just to print money – MPI is a company to provide a service to the racing community.”

Perhaps the most popular wheel on display is the greatest symbol of commitment to the racing community for Papis. It is the same wheel used by Scott Dixon during this year’s campaign towards his fifth IndyCar Series championship.

While high-tech wheels have been the norm for nearly a decade now, the Dixon wheel is loaded with little details that make it stand out from the rest. And while all of the buttons, electronic displays and customized hand grips display a polished end product, Papis’ recount of the process unveils the months of hard work and troubleshooting to get them there.

“Scott had really unique needs. They were modifying a current product, adding bits and pieces, so I wanted to take up the challenge of integrating all of the things he wanted into one unit,” Papis shares.

“What is behind MPI is safety and innovations. We know that, based on our tests, when you are around a carbon fiber wheel… the wheel is not the best thing to have in a car because it is very rigid. The (G-force) loads come back in the hands of the driver, and in talking to Terry Trammell and the guys in INDYCAR, they had seen in the last seven to ten years a huge increase in injuries to driver hands that we had not had before.”

Papis began designing a steering wheel rim to implement the most important safety elements, including a mechanism on the bottom of the steering wheel that a driver can grab when an Indy car begins to spin. The experienced driver explains how polyurethane and foam have been used to create this mechanism underneath the wheel in addition to the custom hand grips for Dixon.

“The material that we use is specifically (chosen) to take away vibration,” describes Papis. “We did a lot of CNC machine work in order to replicate Scott’s hand grip on the wheel – mainly the covering material. The foam –polyurethane foam underneath – works in conjunction with the material that we use on the top to reduce fatigue.

“You have tremendous amounts of G (forces) in IndyCar. You want to grab the wheel as gentle as you can grab it, and what you see with Scott is a unique mix of rubberized material to reduce the amount of grip (strength) that you need to have on the wheel in order to put the same amount of load into the steering wheel.”

After several months of work, the most sought-after steering wheel in American open-wheel racing hit the track with the most decorated driver in IndyCar’s modern era. It would later be christened with a fifth series championship, though Papis found pride in factors unrelated to the driver’s points performance. 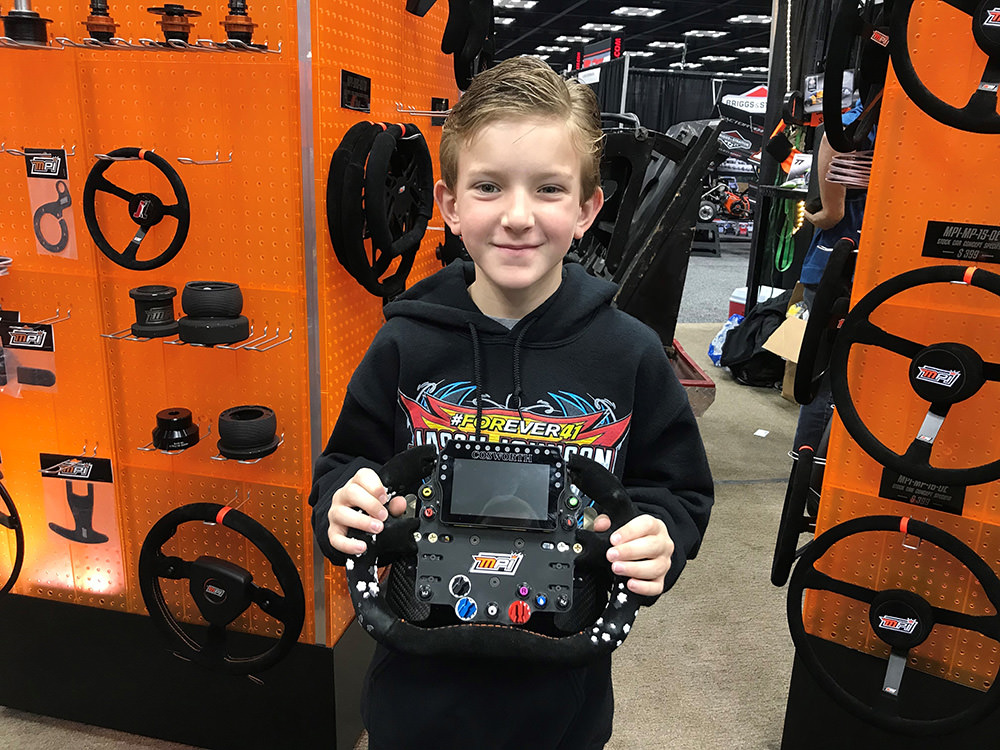 “Number one was safety, number two was ergonomics, the integration of everything they had,” Papis says as he notes the most important goals from the design process.

To change the mind of an 18-year IndyCar veteran is no small task, so to realize that accomplishment is to reach new heights for Papis. All of this comes as part owner of Max Papis Innovations (with his wife Tati). In March, he will pick up another important job as part of the IndyCar Series’ race control department.

Looking back, the decision to become a part of race control came as a result of Frye’s plans, which impressed Papis.

“The number one goal was to go back to our identity, and the identity of IndyCar is fast and loud,” Papis states proudly. “In order to go back to your identity, you need to have a core group of people that can implement rules and be the link between competitors and the series. What I feel that Jay has done with everyone in the INDYCAR team – with me, Arie and (race director) Kyle (Novak) – we took away the barriers between the competitors and the series.

“We are, as much as we can be, a team. There is always an explanation behind whatever decisions are made. The decisions are all as objective as possible, and that has been translated into the rule book.”

The rulebook has been a point of emphasis for IndyCar since Frye took charge. Many hours have been poured into the 94-page document to streamline decision-making while also clarifying some of the notoriously cloudy rules that had governed IndyCar.

“There has been a lot of work (put into the rulebook) over the last four years to take away the “gray” as much as possible,” says Papis. “I don’t want to say that everything can be black and white, but where things have to be black and white, I feel that we have achieved a pretty good goal.

“Where things have to be left to me, Arie and Kyle’s interpretation, we revert back to our training and experience, and the experience is not unilateral. The experience is from listening to the competitor, getting the right information, and putting together a package that is as objective as possible within the subjectivity of the situation we are analyzing.” 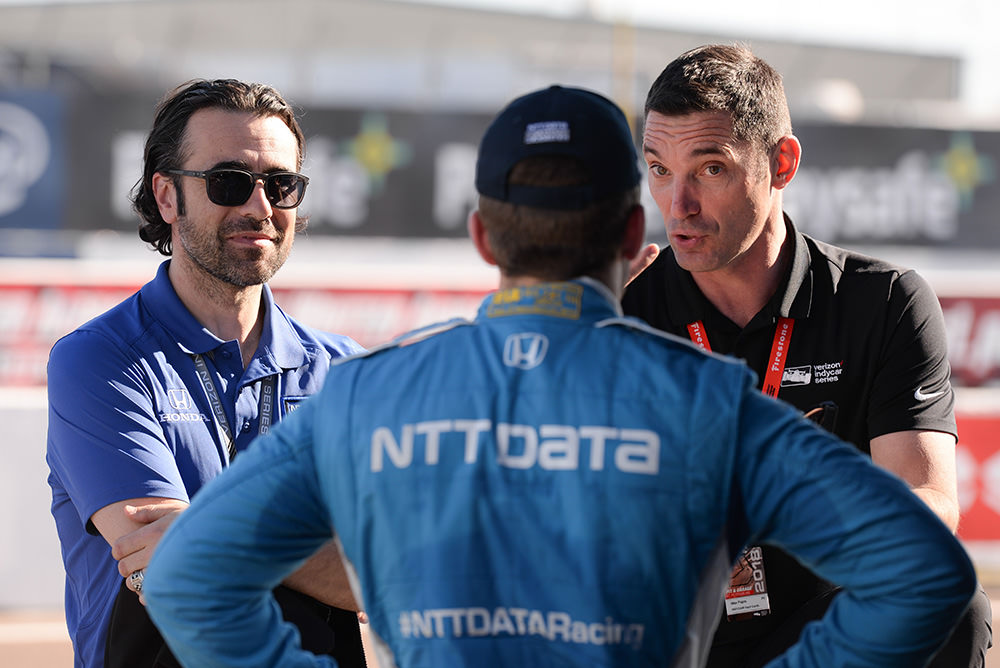 As our conversation began to conclude, Papis stated how difficult it is to find a group of people that are selfless, while at the same time have an ego to be “better than everyone else.” He feels that in race control, the trio of himself, Novak and Luyendyk did just that in 2018 with a clear understanding of their direction and duties.

“I am completely aware that my decision could influence – positively or negatively – millions of dollars of investments,” the Italian says bluntly. “We created with INDYCAR a process in order for this decision to be thorough, to be practical, and to be explainable. That came from the work starting at the top, like Jay Frye choosing the right people (such as) Kyle Novak. Putting me and Arie (together) with two personalities – which is a good thing. We look at things in a different way, but in the end, we come to similar conclusions.

“When I joined I would have never imagined that I would be able to feel the pride that I have now, with how we are all changing the sport into ‘Back to the Future.’ That is what I always say.”

Following a banner year for his steering wheel company and a nearly spotless season working in IndyCar race control, one thing remains on Papis’ mind for the series in 2019.

“Fast and loud,” Papis says, proudly re-affirming the identity of IndyCar. The interview ends, and Papis calmly walks to a young boy studying one of MPI’s customized rims.

As Papis says, “you are holding Scott Dixon’s championship steering wheel,” the boy’s eyes light up. And the story of soul, passion and innovation begins again.