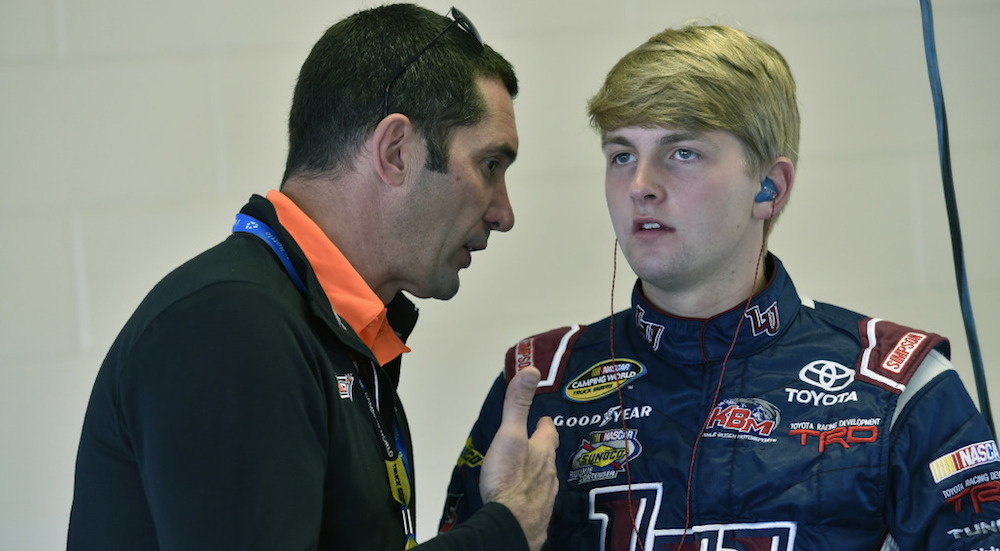 REPRINTED FROM RACER.COM: ‘Full-time race driver’ has not been a title associated with Max Papis for a few years now. But the successful growth of a company, Max Papis Innovations (MPI), and his duty as an IndyCar race steward keep him as busy as ever.

And with an additional new role that Papis has found himself in over in the NASCAR garage, he’s becoming a familiar face in the crowd. The job? Performance advisor to the sport’s younger generation, which today largely features William Byron.

Papis has not competed in a NASCAR national series race since mid-2013. In the Xfinity Series, his services were called upon at the road courses by Richard Childress Racing. But one day, Childress asked if Papis could help his grandsons, Austin and Ty Dillon, better their road racing skills.

Under Papis’ guidance, they quickly realized there was more to racing than just the technique of downshifting and hitting an apex. The relationship developed to where Childress had Papis guide Austin all the way to the Cup Series, which he began full-time in 2014.

“After the first year we agreed he went ahead and walked with his own feet,” says Papis. “For me, that was it. I continued my racing, I developed MPI but I never really looked at the advising I did as a ‘job.’ But many times, people see in you what you don’t see in yourself.”

Getting connected with Byron went something like this: Papis received a phone call one day “from this kid and his father.” It was William and father Bill. Papis didn’t know much about William Byron; this being back when Byron was moving from Legend cars into Late Models with JR Motorsports.

“This kid might be something special,” Max Papis said to his wife after a get-to-know-you outing with William Byron at a karting track. (Image by LaBounty/LAT)

Looking to evaluate and get an understanding of the youngster, the two went to a karting track.

“And I went back to the office and I remember talking to my wife [Tatiana] and saying, ‘this kid might be something special and I want to consider if I can be a part of his progress,’” recalls Papis.

First, though, Papis wanted to make sure that the Byrons were not expecting him to teach William speed.

“Who teaches speed is God, [and] either you have talent or you don’t have talent,” says Papis.

“After taking William to the karting track, I realized you can help hone in on the last five percent of God’s gift, but you already need to have 95 percent. It’s like a golf or basketball player — you can train as much as you want, but if God didn’t give you the gift, you ain’t going to do it. That’s what happened with William.”

So, what is Papis doing with the Hendrick Motorsports rookie? Not wanting to give away the secret sauce, the simplest answer is making sure William Byron is the best William Byron he can be, on and off the track.

“Does that mean guiding him toward the best physical training and the best group of people to make him the fittest and strongest athlete out there? Yes. Does it mean introducing William to the best advisor in terms of mental coaching that I had in my career? Yes. Does it mean to spend time with him on the go-kart track to work on techniques? Does it mean for me to go to the track once in a while? Yes.

Papis speaks highly of Byron and how far he believes the 20-year-old will go. How Byron will surprise people, just as he did when jumping into the Truck Series and won more races than the top four in points combined. Like Byron did when he won the Xfinity Series championship as a rookie. 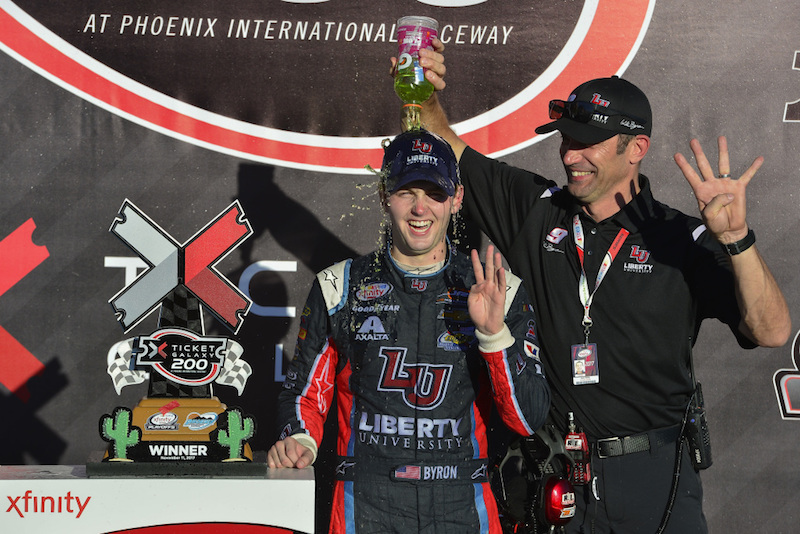 Papis envisions the goal of him trying to be the best ever. Driving for HMS gives Byron all the tools necessary, and Rick Hendrick doesn’t employ a driver just because of how nicely he smiles.

“He’s showing tremendous potential, and the room for him to get better is huge,” says Papis. “I tell some people, just wait. This year has been a little bit of what William Byron is. Wait a little bit, and you will see what this kid is made of and it will surprise a lot of people.”

As for MPI, business is booming. Born informally six years ago when Papis injured himself using what he says was a very old-style steering wheel while testing for Hendrick Motorsports, most NASCAR drivers use his steering wheels. This year, Papis says the entire Daytona 500 field had one.

Papis considers the company the market leader in NASCAR and says “we’re getting there” with other asphalt oval racing and dirt oval racing. The wheels are manufactured in a factory Papis has in his native Italy, and they are treated like any safety component, tested and built to keep a driver’s hands and upper body safe.

Driving was always Papis’ passion, but he admits what keeps him busy in motorsports nowadays brings him a new kind of joy.

“One of the great satisfaction was when Joey Logano won his first road course or when he won the Daytona 500, or Austin [Dillon] this year – they said, you are part of this and thanks,” says Papis. “William at the banquet when he won the championship, he stood at the podium and said thanks Max for making sure this year I’ve always been the best William Byron I could be.

“On the steering wheel side, when I see a guy in Cup wrecking and I call him and I ask him how he is and he thanks me for what I did – I don’t want to see them wrecking – but it makes me happy. It makes me proud that I helped them. Or when I see the smile of a kid who drives a quarter-midget being proud of being featured on our Instagram on the same page as Kevin Harvick or Kyle Busch, I feel I’m giving back to the sport in a way that is more satisfying than any other things I would have been able to expect.

“No money can buy that joy I have when I see that.”